Dr. Kevin R. Baird
If you reviewed the expert endorsements, you already realize that this is not your typical health and fitness book. In fact, many of your presuppositions to fitness, eating, and exercise will be profoundly challenged. I encourage you to let that sink in. I had to do that very thing as I read the contents. There is a reason the word “revelation” is in the book’s title. For many, this book will be what some call, “a light-bulb” moment. There may be an unveiling of understanding that you never before considered. You may have your own personal epiphany concerning health and fitness. I encourage you to be open to that possibility. We live in an era where people are increasingly health conscious and time sensitive. To be able to navigate both concerns with integrity would be a welcome relief to untold millions who are struggling to do one or the other. BioLogic Revelation offers that hope.
The natural response to that exhortation would be “why”? Why should the reader give this book a chance when we are inundated by media advertising promoting a plethora of dieting and exercise possibilities and programs? I can attest for my wife and myself, that we have purchased books, joined gyms, and hired professional trainers to assist us in our health and fitness needs and goals. While we were sincere in our pursuit of help, sincerity does not guarantee integrity. We received volumes of health, fitness, and exercise information—some of which contradicted simple common sense while others were simply gym gimmicks. I am empathetic to the discouragement the vast majority feel when it comes to straightforward information and realistic workouts. This book clearly addresses those challenges. Let me suggest four reasons for this belief that I identified while reading BioLogic Revelation.
1. Credibility The author, Wayne Caparas, has spent a signifcant portion of his lifetime researching and implementing the precepts found in BioLogic Revelation. I know Wayne on a personal level, and had the joy of being a colleague and advisor for many years. I know most of his life journey. I know the ups and downs. I know the adversity and victories. I can attest to his character and diligence. He is the real deal. Wayne is not the stereotypical gym-junkie. Is he more athletic and ft than the vast majority of people over forty, despite being well into his ffties? Absolutely! However, he is also well-educated, well-read, and incredibly experienced. A simple perusal of the footnotes and his credentials leaves no question to his credibility and research.
2. Groundbreaking Implications  Wayne is offering something new and fresh. What he is advocating is significantly different and— from my perspective—cutting-edge. He will challenge established fitness philosophy and back it up with solid scientific research. As I read his propositions it occurred to me that this area of fitness and exercise is not exempt from critical analysis or new breakthroughs. BioLogic Revelation has the potential to change the fitness landscape.
3. Groundbreaking Implications Wayne understands people. All through the book you sense that he understands where the normal person lives and functions. BioLogic Revelation changes the mentality that a healthy lifestyle is simply unattainable for the normal person. How many of us have been overwhelmed by the thought of countless hours and energy that would have to be expended to attain a health or fitness goal? Wayne “gets” where most of us live and yet in that compassion will still challenge us to move purposefully where we need to be with regards to our health. As I write this foreword I am starting another new year with resolutions to pursue (once again) my health goals. BioLogic Revelation removes the feeling that I am circling the same mountain of fitness-frustration, as I now have the answers to remain encouraged as I take another run at it (no pun intended).
4. Comprehensive Perspective I was impressed with the comprehensive approach of BioLogic Revelation. I suspect Wayne’s deep faith and theological acumen guided him in his understanding that people are more than just a pretty face and rockin’ body. No one would disagree that a healthy, fit, body is a legitimate goal for every person, but Wayne underscores the place of the “mind” as well as the emotions in a successful fitness program. God created us with a mind, body, soul, and spirit and these four aspects of a human being’s well-being permeate the writing of this book. As I close, I am reminded that any “revelation” has as its purpose a reformation effect. Whether it be in the area of religion, technology, medicine, or health and fitness, the epiphany must lead to personal and corporate change. I can almost guarantee that as you read and reflect on what is shared in BioLogic Revelation, you will not escape the challenge to change. My hope is that you embrace that personal reformation. The greater question that will remain is whether the fitness industry will embrace the change. Time, I suppose, will decide that outcome. However, as it is with most reformations, industries and organizations react when people “see the light.” BioLogic Revelation may well be that light. 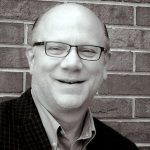 Scott Hasenbalg
Wayne Caparas recruited me straight out of college to work alongside him to lead the relatively large and diversified fitness operation that was his brainchild. I was a two-sport athlete from New York who wanted to start my career where I could help people, and Wayne’s team was widely celebrated for launching new initiatives that empower people from all walks of life. It was a rare opportunity in a thriving fitness think tank, and the talent Wayne recruited before me was extraordinary, my older brother Michael (his V.P. of Operations) included. It was an exciting time in an important emerging industry, and we sincerely put our hearts into the way we cared for our members and the various communities we served. This was a core ethic of the organization, a direct reflection of its leader, and the primary reason I moved a thousand miles from home to start my professional life. Always the visionary, Wayne was a different kind of fitness innovator. He was very often one step ahead in recognizing future trends for both the members and the fitness industry at large. I saw thousands of lives changed in my time as Wayne’s lieutenant, and I was well aware that his published works were reaching tens of thousands around the world. BioLogic Revelation is his greatest effort yet, and it should soon help millions more.

After several years in Wayne’s camp, I went on to serve in a variety of Christian ministries. Most notably, I served alongside Mary Beth and Steven Curtis Chapman for twelve years as the Founding Executive Director of Show Hope—the orphan care and adoption ministry that is a most beautiful reflection of God’s wisdom and love for the vulnerable. Serving alongside the Chapmans and the Show Hope team all those years grew my heart and expanded my discernment. Through my role with the Chapmans, I experienced time and again how God loves to use humble people who are dedicated to sharing their wisdom and insights for the betterment of others in the most miraculous ways. Wayne Caparas is one of those people, who through his dedication to gain wisdom and understanding, coupled with his love for people, has been used in remarkable ways. I was blessed to have gained the insights he imparted into me at the very beginning of my professional journey. They have served me well throughout my adult life, both as an advocate for the betterment of others and as the custodian of my personal health and the health of my family.
Upon reading BioLogic Revelation, though I was well-aware of Wayne’s knack for breaking new ground, the book still took me by surprise with its countless new and exciting discoveries, all of which ring true. It is the harvest of two decades of research and investigation by a man of science and faith, and even the most educated fitness expert will learn from this book. BioLogic Revelation is a great work in every way. Within these pages, you will find pathways long affirmed by the well-informed minority of the fitness industry. You’ll also find brand new concepts that will inevitably disrupt the false and harmful thinking that exists in much of contemporary culture. It’s another core ethic in all Wayne does. Wayne’s writing style makes this information-rich text exceptionally colorful and enjoyable to read, so you should have no problem making sense of all the science and putting it into action. It is a rare text in that respect. As the husband to my wife Kerry and a father of four children, I truly care about active lifestyles for all of us, but I care even more about living in accordance with God’s purpose for each day. This book epitomizes “proper balance” of these ideals. Read on, and be blessed. 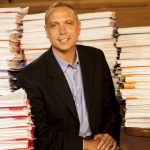 I have known Wayne Caparas for almost 30 years. At times, I have worked alongside Wayne as he was in the process of personally changing and altering the definitions of exercise, fitness, and aesthetics when it comes to deriving optimal benefits from “working out.” As a psychologist, I know the positive effect exercise can have on one’s emotional and psychological health. For this, I completed certification programs in group fitness and personal training. As a practitioner of both psychology and fitness, I firmly believe motivation and sustainability are the cornerstones of maintaining any fitness program. Biologic Revelation provides a mechanism for one to have joy and fun while participating in a fitness filled lifestyle. Starting on page 101 you will learn about “The Four Cornerstones of Motivation” which detail the importance of maintaining motivation in order to receive the tremendous benefits Wayne describes in his book. Wayne has put together a primer that is easy to read and absorb and put into action. As you spend time going through each chapter, you will find many new breakthroughs that are based on current clinical and scientific research. Don’t let any of the jargon get in the way of your finding the true meaning of Biologic Revelation.

I have been a fitness enthusiast my entire life and, like Wayne, grew up during a time when admitting pain or discomfort was considered a weakness, and finding pleasure or having fun as a result of exercising was discouraged. Biologic Revelation provides a mechanism for one to have joy and fun while participating in a fitness filled lifestyle , as Wayne has boldly yet subtly described the importance of finding joy and sincere care for oneself and others. Like many in Wayne’s life, I am aware of how he has experienced physical and emotional pain and disappointments. What is unique about Wayne Caparas is that he discovers resources that propel him to recovery, and through BioLogic Revelation, he has found a way to show others how to do the same. Discovering the joy one feels as a result of feeling better both emotionally and physically is an ongoing and blessed accomplishment. Biologic Revelation provides the foundation for building that positive fitness mindset.


I know those in the fitness field will have difficulty upsetting their historic “apple carts.” But if they can be open to new discoveries and the secrets revealed in BioLogic Revelation, many lives will be saved, and the joy for life will be multiplicatively enhanced. In closing, I deeply respect the person Wayne Caparas has become. I admire the dedication, servitude, and perseverance he has demonstrated by writing this landmark book. 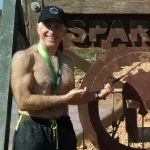